King Saul, son of Kish, age 70, died on Mount Gilboa in Central Israel during a battle against the Philistines in 1010 B.C. Saul died in battle along with three of his sons, Jonathan, Abinadab, and Malchishua.
Born in 1080 B.C. in the city of Gibeah. He lived a simple life in Gibeah until he became King at the age of 30. He reigned over Israel for 40 years.
Survivors include his son Ishbosheth and grandson Mephibosheth. 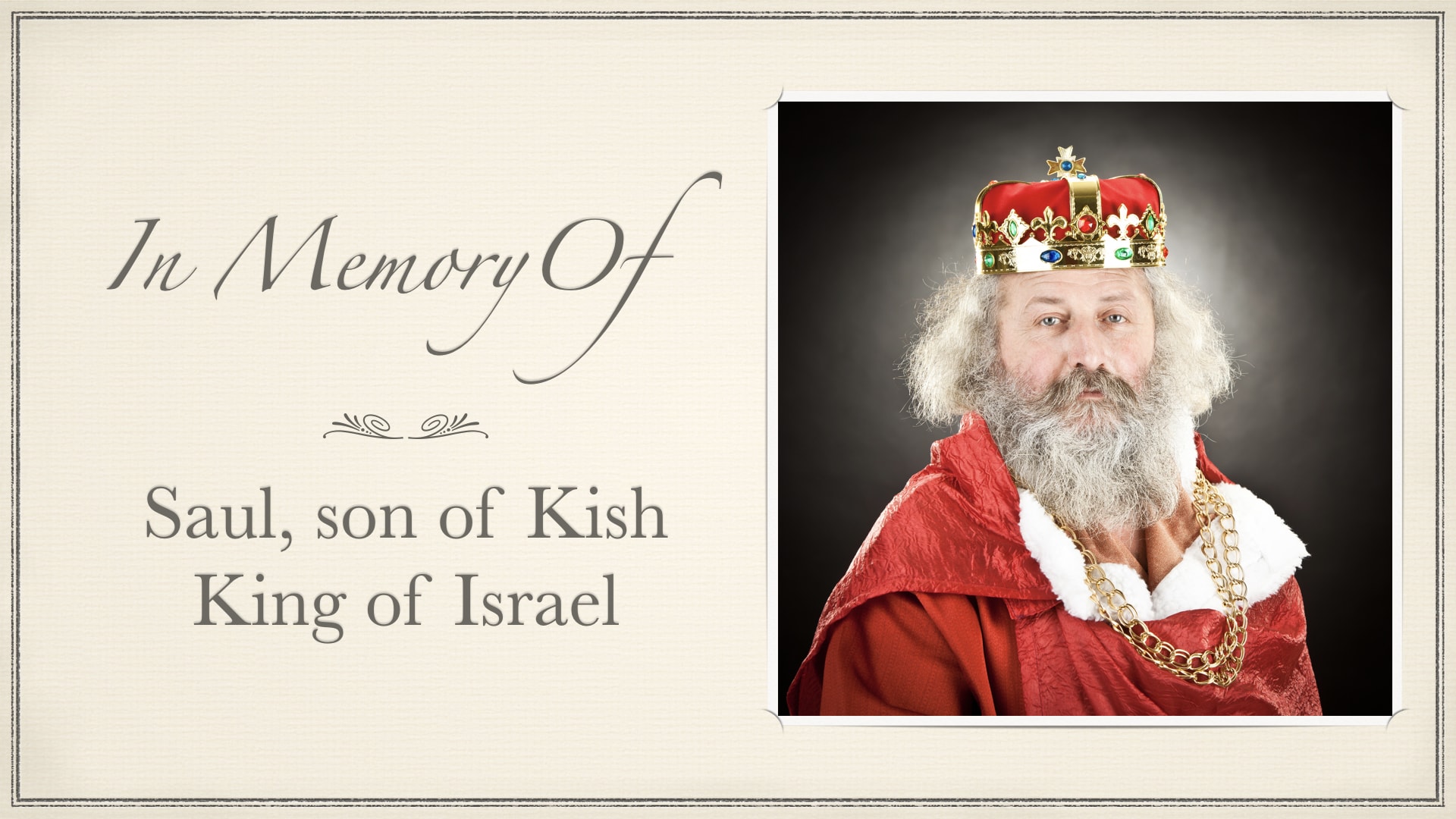 Did you enjoy this teaching?
Let others know!

Subscribe and listen to recent services from your smartphone!

Subscribe and listen to recent services from your smartphone!